A downloadable game for Windows

Nina Aquila: Legal Eagle is a series of anime-themed VN/graphic adventure games, in which you step into the shoes of a rookie defense attorney. Fledge City is in crisis, and it's up to Nina Aquila and her friends to make sure justice prevails!

Following on from Chapter II, Nina and Dylan have been looking into the events surrounding Anya's trial and arrest, but the volume of evidence is huge, and weeks have already passed without any leads.

Still, Aquila Defense & Law is a business, and when a person calling himself "The Jack of Diamonds" comes to the door in the middle of the night, Nina and Dylan are forced to take up his case.

Something is wrong up in the mountains. Shockwaves are ringing through the world of Fledge City's illegal street racing scene: Clara Mass, longtime racer and "The Ace of Spades" has been murdered during a race, and several other racers stand accused of the crime! The fragile truce between the street racing groups is being stretched to breaking point, and police involvement threatens to end mountain road racing once and for all!

Now, Nina and Dylan must journey north of the streets of Fledge City to the snow-covered passes of The Rostro Spire, the tallest mountain in the region, to search for answers amid the high-octane sub-culture of Touge Janken Racing...

New features for this chapter

People with particular triggers concerning themes of fatal car accidents may not wish to play this chapter.

The initial chapter is free, follow-up chapters are available for a small fee.

Funds raised will initially go towards the unique assets required to create the future cases, with a long-term goal of replacing all the visual aspects of the game with unique character and environment assets.

Updates & news are posted HERE, but we strongly recommend fans join our discord:

Thanks go to the RPG Maker official forums & subreddit, all of my followers on Twitter & Tumblr, and members of the NALE discord.

The game also features an extensive credits list that covers plugin, asset and voice attribution; please check these out as NALE would only be possible with their help!

This game is currently unavailable 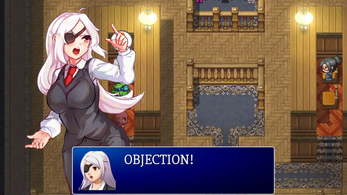 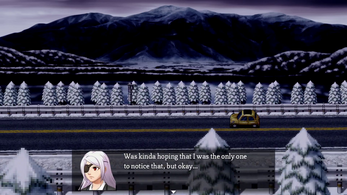