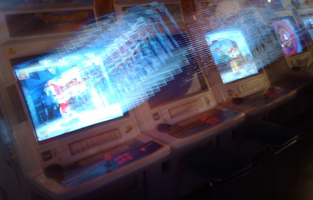 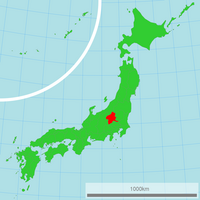 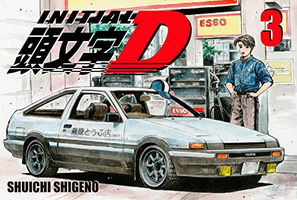 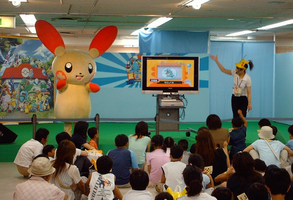 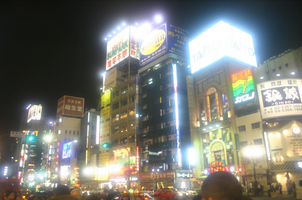 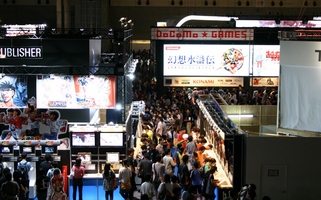 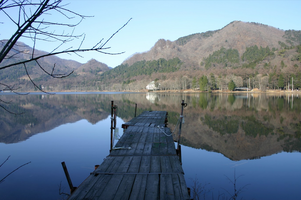 10 days until the launch of Nina Aquila: Legal Eagle Chapter III, and today I’m going to share something very near-and-dear to me... Officially Japan’s least desirable prefecture in which to live (a travesty IMO!): Gunma-ken. 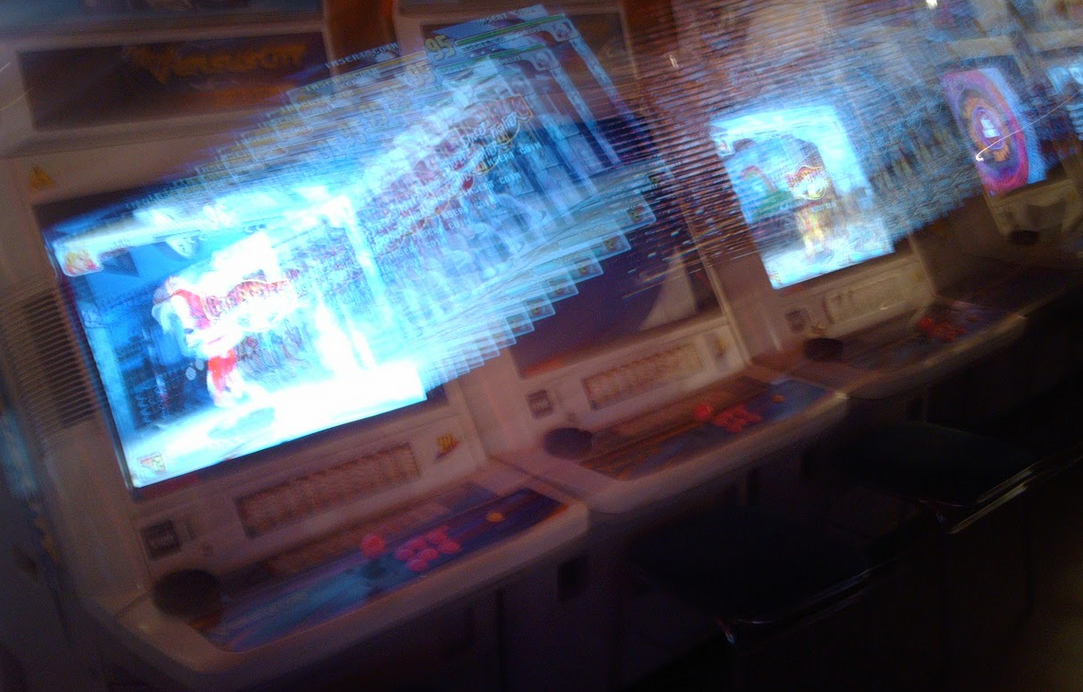 A row of JAMMA machines at an arcade in Shinjuku, with various Street Fighter games. I remember that this was on a cellar floor, with a sign saying "Fighting Arena" above the steps; it stank of tobacco smoke, sweat and grinding metal. And it was freakin' awesome.

I’ve mentioned before, in and around NALE-related stuff, that I spent some time in Japan, so I thought I’d write a little about that, and how that influenced NALE. I actually lived there for several years, back in the 00s, during which I spent most of my time divided between Gunma-ken and Tokyo. Obviously, this was before the rise of social media and internet culture was less evolved (we were still talking about "web 2.0", and Google Street View didn't really exist), so this is going back a ways.

Like many non-Japanese in Japan, I worked initially as an assistant English teacher, employed directly by the Japanese government, then later, in addition to that, in several different minor diplomatic and foreign-relations roles. 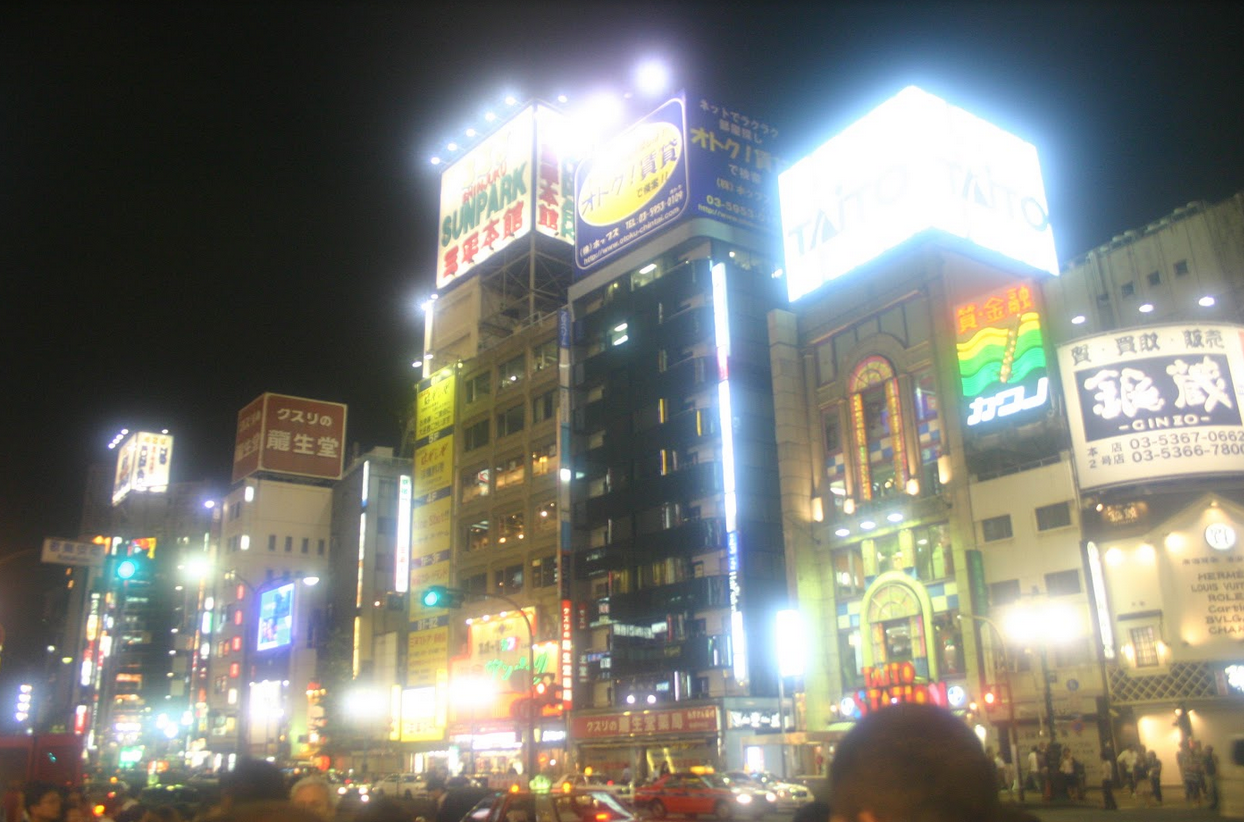 Tokyo, though I don't remember exactly where this was. I recall that I was there doing some foreign relations work; I had to meet some people who had never visited Japan before, so we spent most of the evening just wandering around, taking in the scenery. Then we got destroyed at a Karake bar... Good times.

I am (and this will not surprise anyone who has played NALE) an complete and utter weeb. Not in the sense that I had that immature, idealised image of Japan from anime, or that I was obnoxious about it when I got there; just that I'd always been a fan of Japanese culture, and loved anime. I did martial arts as a kid, and got into anime quite young, in the 90s, before it was really a well-known thing in the UK, and we were all watching shows on VHS. Plus, one of my other great loves was arcade gaming, such as the games of SNK/the NeoGeo.

All of these things were a big part in why I pursued the role, and why I got so much out of it. 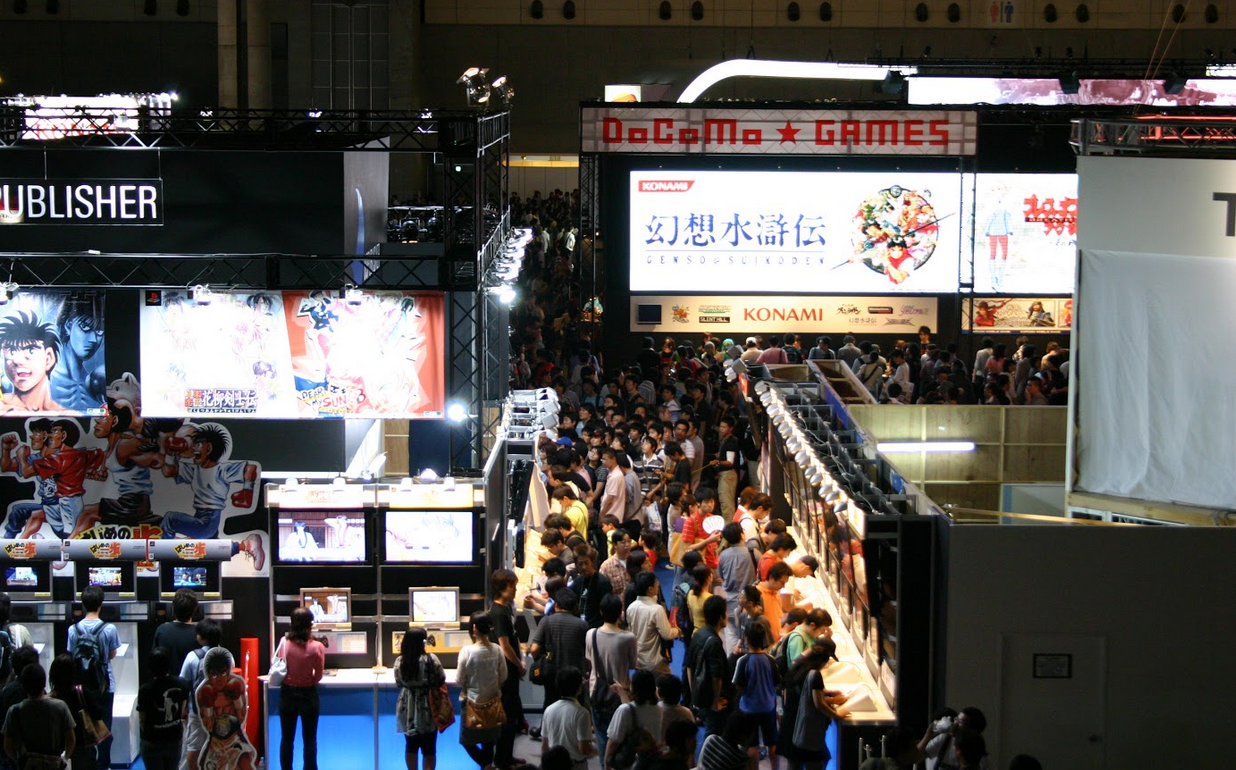 TGS, though I’m uncertain of the exact year, as I went multiple times. Looks like there's a Hajime no Ippo game on display. I got to see Hideo Kojima live at one of these, though honestly I was jetlagged and exhausted, and TGS can be very "over-stimulating" so it's kinda all a blur.

During my time there, I really tried to indulge myself. I didn’t expect to be there my whole life, so I threw myself into the experience. I saw Sumo, went to baseball games, went snowboarding in Nagano, visited Kyoto and Nikko... 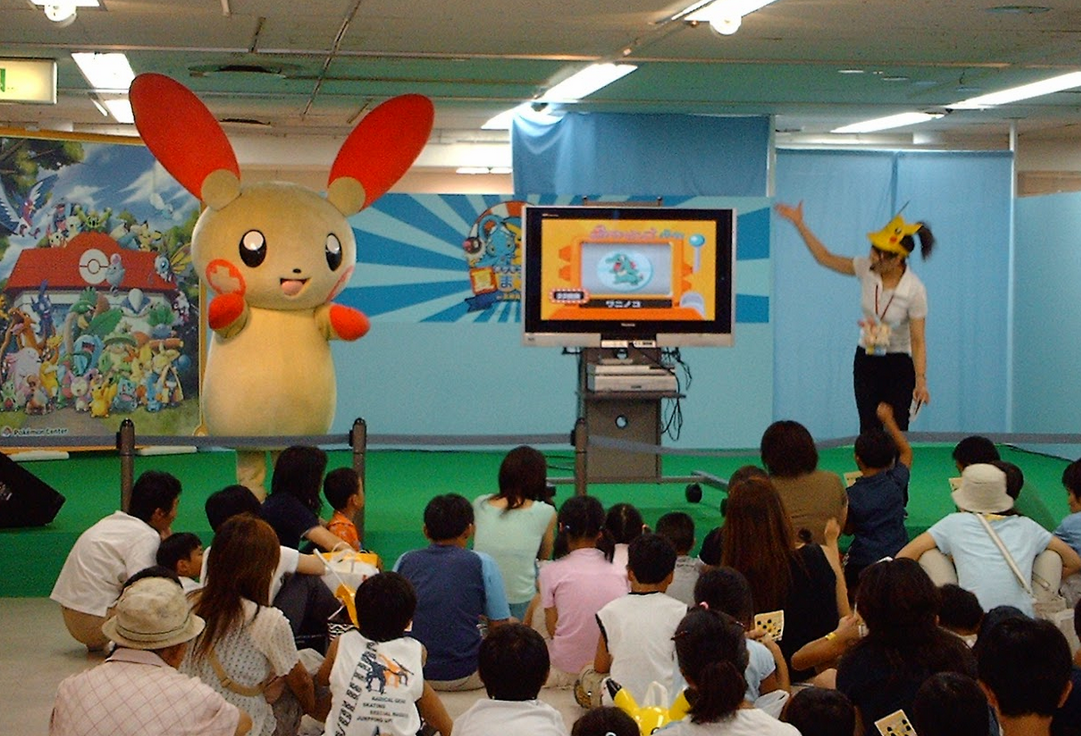 Shortly after taking this picture, that Pokemon mascot fell over. The process of seeing the helper try to get them to stand back up might’ve been the most inadvertently funny thing I’ve ever seen. Seriously, it was like a Buster Keaton sketch. Even the kids were in hysterics.

But my heart will always belong to that much-maligned prefecture, Gunma: 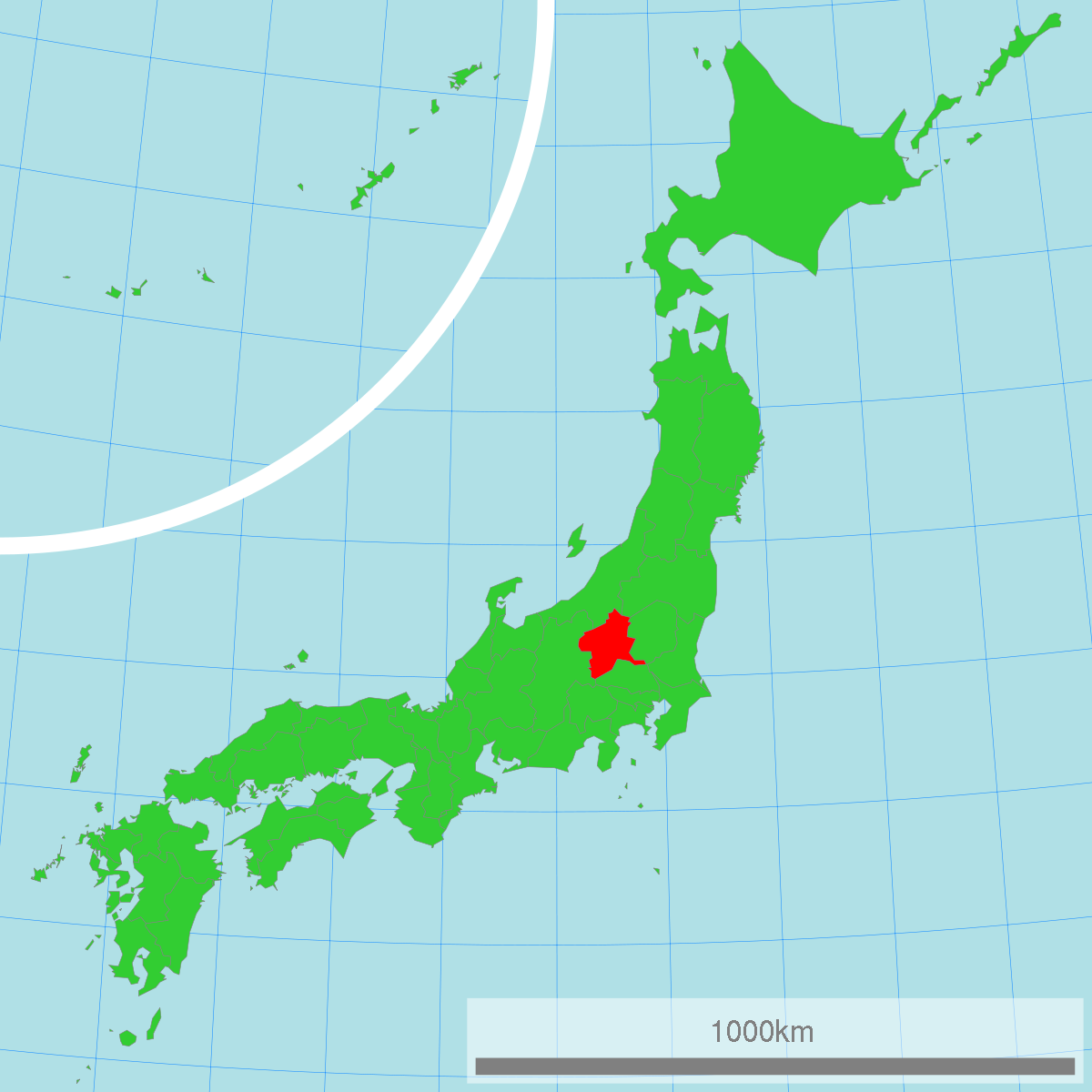 One of Japan’s relatively few landlocked prefectures, Gunma is the subject of a lot of jokes in Japan, supposedly being a bit of a backwater.

If you’re a longtime anime fan, you’ve probably seen this; consider how the girls in A Place Further than the Universe are self-conscious that people will recognise they’re from Gunma due to their accent, or even how there are actual anime which, in part paid-for by Gunma’s tourist board, have sought to remedy this image.

It’s not helped by how its neighbour, Saitama prefecture, went through something of a boom in the 2000s and 2010s, with a lot of shows (such as Lucky Star) being set there, leading to a rise in pop-culture tourism. 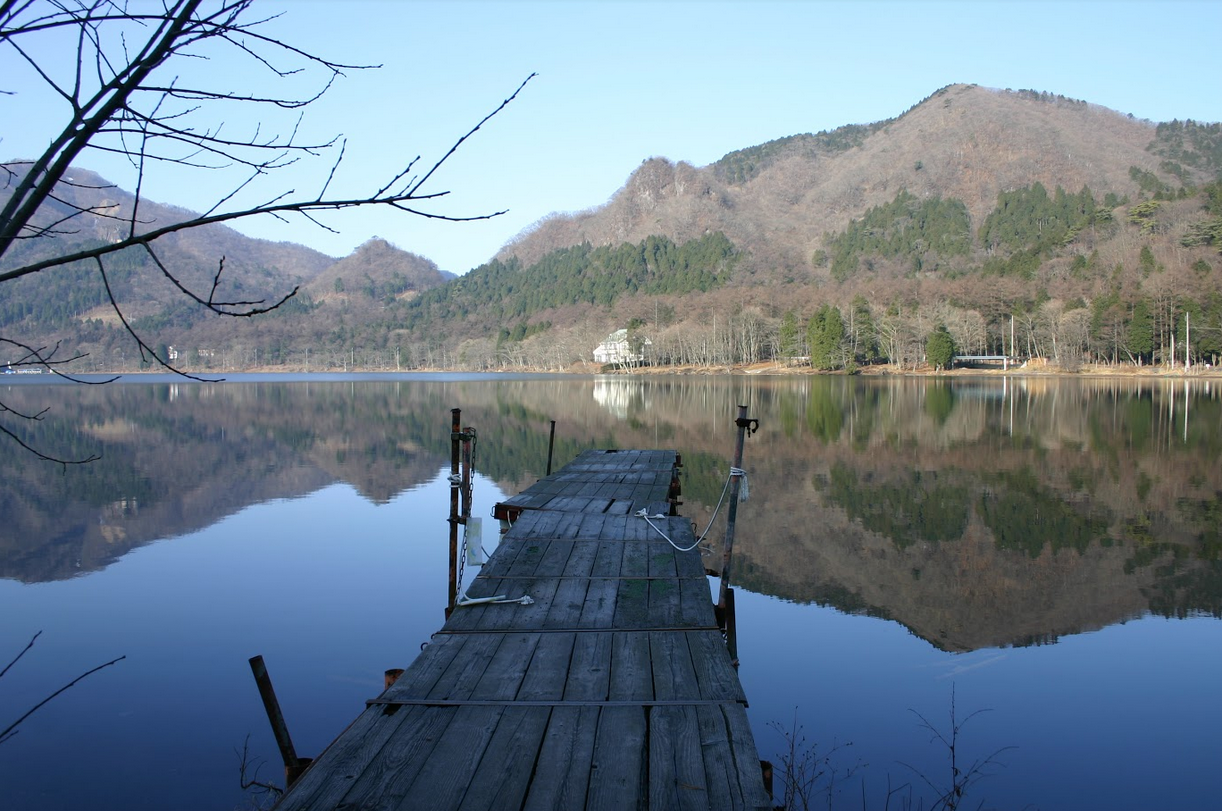 Lake Haruna, on an early December morning. The picture can’t convey just how FREEZING it was! I'd just come out of an ryokan/onsen nearby after an end-of-year enkai, so was probably particularly susceptible to the cold.

In truth, a lot of this is good-natured fun. Gunma was voted a very undesirable place to live, not because it’s bad, but because many saw it as dull. I guess I could see why.

Gunma has great winter sports, but it’s adjacent to Nagano, which arguably has the best in Japan.

Gunma has good historic sights, but it’s next to Tochigi, which has sites such as Nikko, as well as being near Kamakura.

It has urban locations with good nightlife, but it’s reasonably close to Tokyo. Additionally, its capital, Maebashi, is seen as something of a dry financial centre (though I’ve had some very memorable nights drunk in Maebashi with those salarymen; they really know how to party after a few beers!).

It has a little bit of everything. Plus, it’s named after a horse, looks like a crane, and its famous for cabbages. Everyone loves cabbages.

But of course, this is meant to be about NALE. How are those connected? 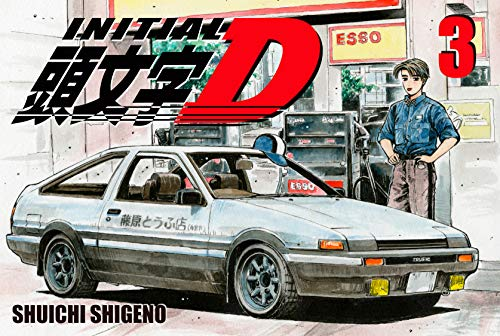 For those unaware, Initial D is mostly set in Gunma, and may just be one of the prefecture’s most famous cultural exports. The locations from the manga are extensively drawn from real places; many of the locations actually exist, or even when fictional, they’re heavily based on real towns and roads. One of the characters, at one point, works at a fast-food joint; a Lotteria in Takasaki (called something else in the show), and I used to go there.

Now... Do people really perform illegal touge racing in Gunma? Perhaps it’s best that I don’t elaborate, but I’ll say that my next-door neighbour in my apartment block took me out in his Honda Integra Type-R one evening... And that car wasn’t “just for show”.

When there was a chance to bring some element of that into NALE, I jumped at that opportunity. It seemed a perfect fit, as the anime street racing genre is a pretty small niche with quite strong tropes (I mean, there’s pretty much just two shows - Initial D and the Wangan series, of which D is far more widely known, largely thanks to the Eurobeat and memes).

Oh also, if you’re not familiar with Gunma, you might know about Daruma, which originate there:

Daruma dolls are one of the more well-known cultural symbols of Japan.

So that’s just a little bit about Japan, Gunma, and how that relates to NALE. I could talk about it all day; it wasn’t always roses! I didn’t even get onto my anecdote about my sole brush with a certain, well-known organised crime group... Probably best I save that one for if I’m ever talking live at a con, or something, rather than committing it to text!! (it's not as exciting as it sounds)

Come back tomorrow for a post about NeoLucky, a fantastically talented artist who has contributed to NALEs CGs!